Reverse cowgirl is a sexual position in which the receiver straddles their prone partner and, unlike cowgirl position, faces away from them. Like any receiver-on-top position, reverse cowgirl gives them control of the extent and duration of penetration. This position is also called reverse rider on top. 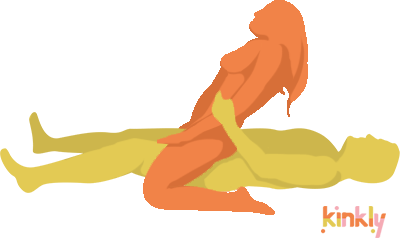 More About The Reverse Cowgirl Position