The penis is an external male reproductive organ. The urethra passes through the length of the penis and allows urine and semen to exit the body. The penis has two distinct parts: The head (glans) and the shaft. In uncircumsized males, foreskin covers the head of the penis.

When a man becomes sexually aroused, the spongy erectile tissue in the penis becomes engorged with blood. When this happens, the penis becomes erect, or hard. This makes it possible for the penis to be inserted into the vagina during sexual intercourse. The friction during intercourse then stimulates the sensitive nerve endings in the penis, which can eventually lead to ejaculation and orgasm.

The penis has a number of nicknames, including cock, pecker, and dick. 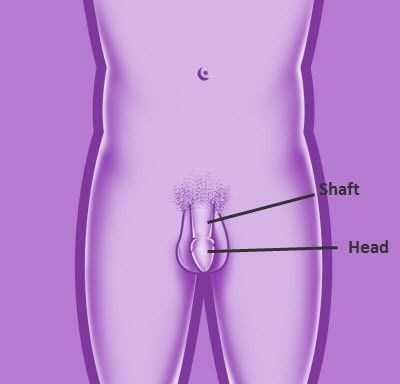 Penis size has been a concern for men for centuries. Many cultures associate large penises with masculinity and virility. In today’s society, pornography often places an emphasis on large penises. It’s not uncommon for men to worry that their penises are too small. The average size of an erect penis in 5.5 inches, although there is quite a bit of variability between individuals.

Typically, penises are only considered unusually small when they are shorter than three inches when erect. However, most women report that penis size is not a major factor in sexual pleasure.