The labia minora may also be called the inner labia or inner lips. Many people prefer this term because labia minora implies that the inner set of labia should be smaller than the outer labia majora. In reality, many women have larger or more prominent inner labia. 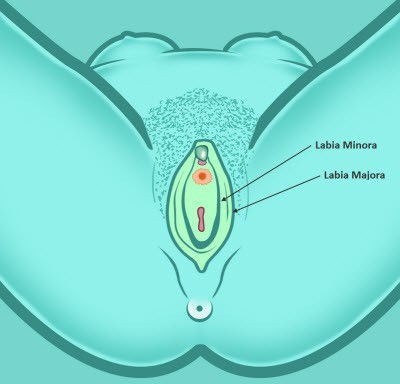 The role of the labia minora is to physically protect the entrance of the vagina. They also secrete an antibacterial substance that protects the vagina against infections. In human reproductive behavior, the inner labia can also serve as visual stimulation that causes arousal in a woman’s sexual partner and also confirms the woman’s own arousal. (An aroused woman’s inner labia will swell and become more visible.)

The labia minora also serve to enhance sexual pleasure, as they are covered in sensitive nerve endings. Many women find pleasure in touching, tugging or stroking them. They also provide extra stimulation to the penis during penetrative sex.

One more function of the labia minora is to direct the flow of urine away from the vagina and the body.