The labia majora are two large, fatty folds of skin which extend down from a woman’s mons pubis to her perineum. This Latin word translates to “main lips.” The tissue that forms the labia majora is the same as that which forms the male scrotum.

The singular form of labia majora is labium majus. The labia majora are commonly called the outer labia or outer lips. 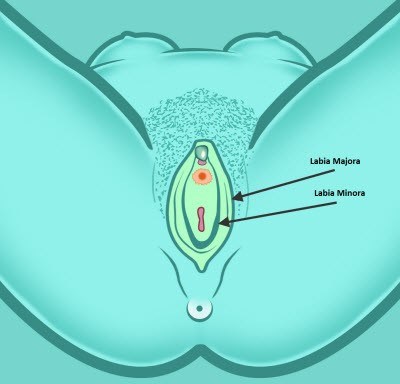 The labia majora can be altered surgically through labiaplasty or with cosmetic piercing.