Home » I » Internal Clitoris
I 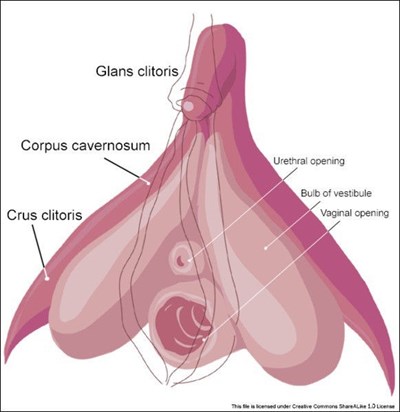 The glans of the clitoris, or the portion we can see, is connected to the shaft of the internal clitoris, which is made of erectile tissue, just like the penis. When erect, the shaft wraps around the vagina, tightening the vaginal canal. These two legs, or crura, extend down toward the spine, resembling a wishbone. Many people are able to increase their pleasure by stimulating the inner – as well as outer – structures of the clitoris.