The external clitoris is the portion of the female sex organ found between the top of the inner labia. It may be visible or covered by the skin fold created by the inner labia, which is called the clitoral hood. While the external clitoris is a highly sensitive sexual organ, it actually extends far below the surface of the skin, branching into two forks called the crura, which extend along the rim of the vaginal opening toward the perineum. The clitoris is the primary source of female sexual pleasure.

The external clitoris is also known as the glans clitoris. 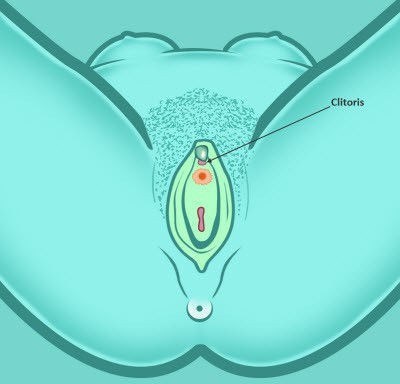